From 17-year-old standout to a champion at the Winter Olympics in PyeongChang, Chloe Kim finished the women’s halfpipe gold not only with a near-perfect score of 98.25, but also with a gold medal for her country.

Journalists from all around the world wanted to speak to the new Olympic champion. She ran the gauntlet of TV interviews and negotiated the maze of reporters with equanimity. Such was the madness, minutes before Kim – the youngest female Olympic gold medalist on snow – stood tearfully atop the podium, her mother Boran was pleading to be let through a security check point. 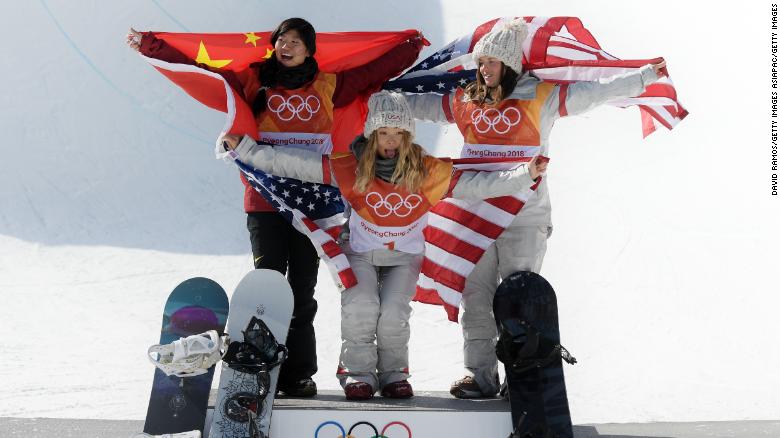 That is what happens when a teenage sensation fulfills her destiny.

The first female snowboarder in history to land back-to-back 1080 degree spins in competition aged just 15, the four-time X-Games gold medalist is not an unknown. She is used to being in the spotlight. But on a day when the sun’s glare dazzled off the pristine snow, Kim’s star shone as brightly as any of sport’s biggest names. She has entered a whole new world.

She performed three spins on the left side, becoming the first female to land consecutive 1080s in the halfpipe at the Olympics. Members of Kim’s family whooped and hollered. Overcome with emotion, Kim’s sister could not speak. American flags were raised towards the azure sky. It was spellbinding. Her final score of 98.25 was eight-and-a-half points clear of Chinese silver medalist Liu Jiayu. 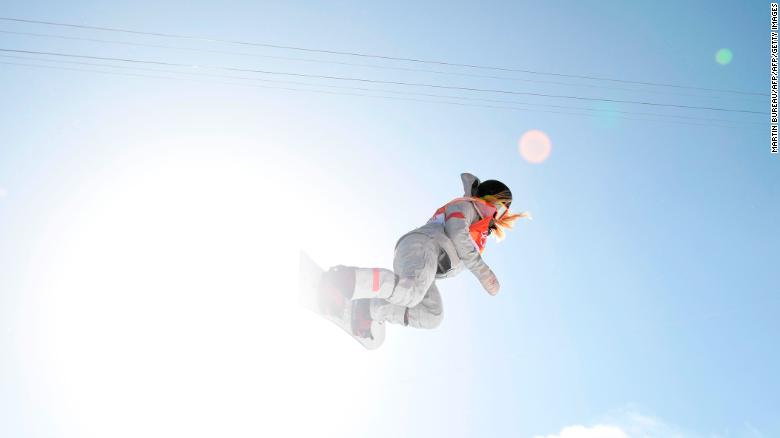 Kim, the daughter of South Korean immigrants, dedicated her performance to her grandmother, who still lives in South Korea and was watching her granddaughter compete for the first time.

“I actually found out during the second run that she was at the bottom and I thought ‘this one’s for you grans.’ I can’t wait to go shopping with her,” Kim told reporters.

She made peace signs to her father, Jong Jin Kim, who reciprocated from the back of the room, shaking his head and laughing at his daughter’s calm. The pressure had melted away for both of them.

Kim has said she often cries when speaking about her father, the man who is the embodiment of the American Dream, emigrating to the States in 1982 with $800 in cash. He has had a starring role in his daughter’s success. After winning gold, Kim admitted she was unable to fathom “leaving your life behind and chasing this dream with your kid.” The elder Kim gave up his job so that his youngest daughter’s jaw-dropping talent could blossom. He would carry her from her bed to the car and drive from La Palma in California to Mammoth Mountain, five-and-a-half hours away.

“Everybody does hard work for their kid, but I thank my daughter because she achieved the result,” he added. “She’s a good kid. I tell her to be humble, that this is from hard work, that you weren’t born this way.”

In wrapping up the achievement, Kim pointed out, “I’m definitely happy with how I was able to handle the pressure. When you work for something for so long and you go home with the best possible outcome is amazing.”