As a UN Women Goodwill Ambassador, Gurira will lend her name and dedicate her support to putting a spotlight on gender equality and women’s rights, as well as bringing unheard women’s voices front and center. 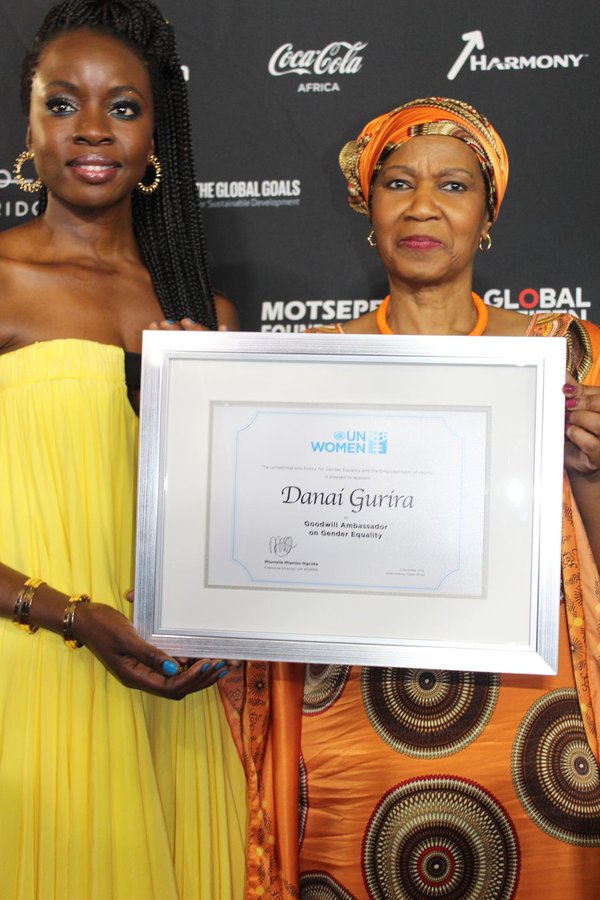 “UN Women is delighted to welcome Danai Gurira in her new role as Goodwill Ambassador to support our work on gender equality. As a playwright, actor, and activist in pursuit of women’s empowerment and gender equality with her sharp human rights lens, she is uniquely qualified to communicate and inspire. She recognizes the challenges of intersectionality and will connect with the diversity of women living on the margins of society,” said Under-Secretary-General and UN Women Executive Director Phumzile Mlambo-Ngcuka.

“Her engagement with us will bring generations of girls greater belief in a positive future. As an influential role model in both her personal and professional life, and a voice for those who have not yet been heard, we look forward to her ability to drive action on gender equality in communities across the world,” she reiterated.

Gurira is the first Black American-Zimbabwean Goodwill Ambassador for UN Women. She is most commonly referred to as “General Okoye” by her fans, due to her recent on-screen persona in Marvel’s blockbuster phenomenon Black Panther and in the film Avengers: Infinity War. Throughout her career, Danai Gurira has played characters who are diverse, often flawed, complex, and multi-dimensional. She is also a critically acclaimed award-winning writer who works relentlessly to bring the voices of unheard women, often survivors of violence, to the front and center; and scripts narratives as her act of resistance and solidarity with women’s realities around the world. Through her art, she has become a well-known advocate for women and their diverse perspectives that are often missing in popular media. 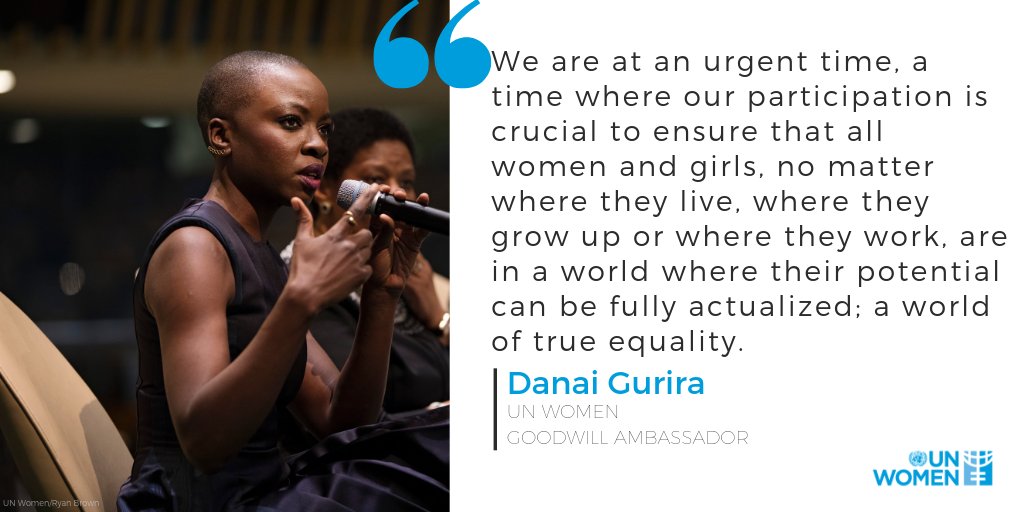 “I am honored to join the UN Women family today,” said Gurira. “My passion for women and girls has been my focus in the narratives I create as well as the roles I have been able to play. I have always sought to push the boundaries and tell the stories of those who are often marginalized and unheard. My own advocacy for women and girls has made me deeply aware of UN Women, I have experienced the work of this organization on the ground as well as internationally, and I am delighted to partner with them to amplify many more stories from around the world, and give a voice to those who are working relentlessly to make gender equality a reality.”

“We are at an urgent time, a time where our participation is crucial to ensure that all women and girls, no matter where they live, where they grow up or where they work, are in a world where their potential can be fully actualized; a world of true equality,” she added.

Introducing the newest Goodwill Ambassador on-stage at the Global Citizen Festival Mandela 100 in Johannesburg today, UN Women’s Executive Director highlighted the power of advocacy and the urgent need to get everyone involved in efforts to end violence against women and girls and to ensure gender equality and women’s empowerment reaches the most marginalized globally. 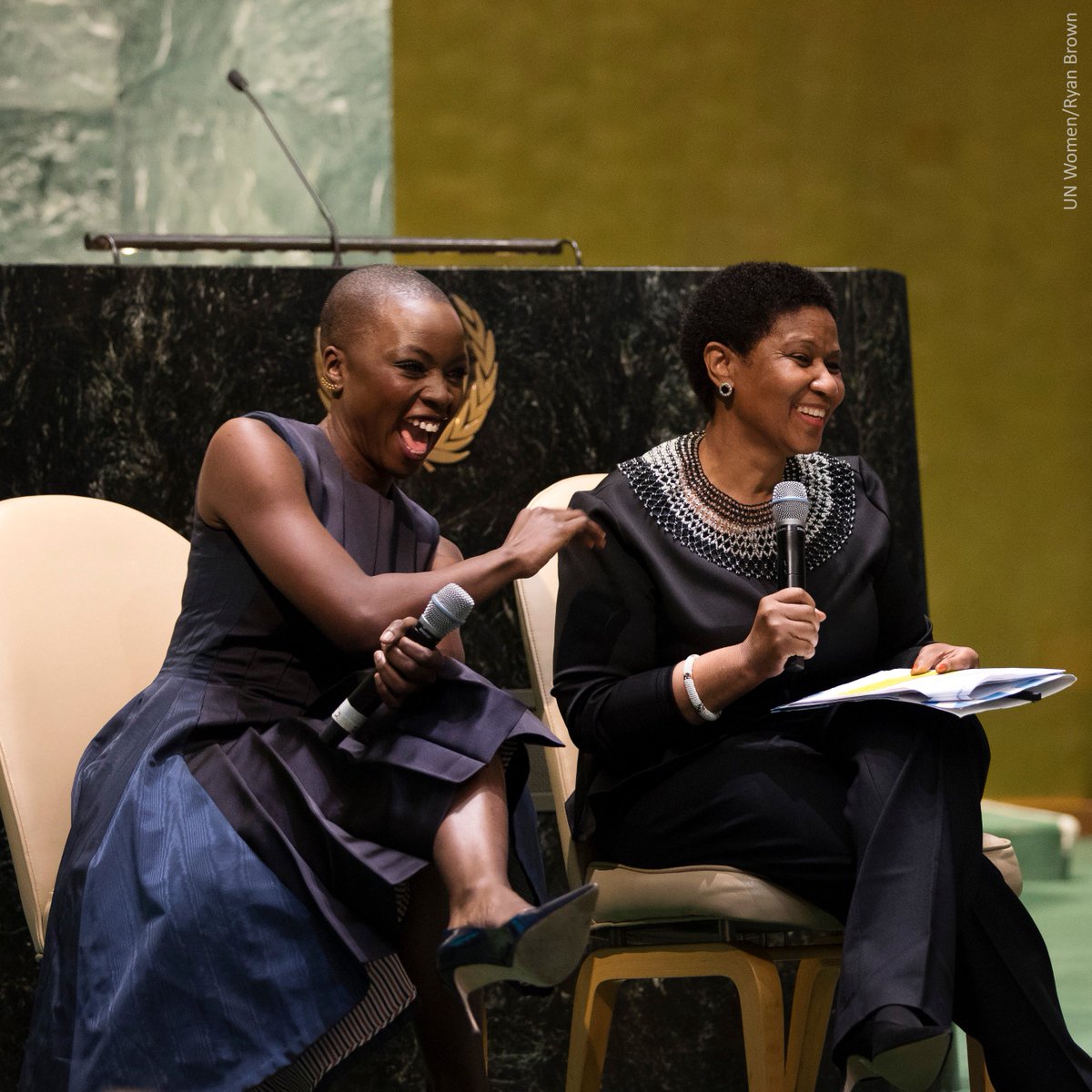 In South Africa, the Executive Director and Gurira will also engage with over 200 young women leaders at the African Leadership Academy, discussing their challenges and experiences within academia and the workforce, and in ending violence against women, as part of the ongoing 16 Days of Activism Against Gender-Based Violence global campaign. This year’s UN theme, “Orange the World: #HearMeToo”, seeks to broaden the global conversation and highlight the voices and activism of all survivors of violence and advocates around the world—many of whom are often missing from the media headlines and social media discussions.

UN Women Goodwill Ambassadors are prominent individuals from the worlds of arts, sciences, literature, entertainment, sport and other fields of public life who wish to work on women’s rights and gender equality and raise awareness of UN Women’s efforts globally. Like Gurira, they highlight the voices of women and girls in their sphere of influence and through their craft.
Source: unwomen.org