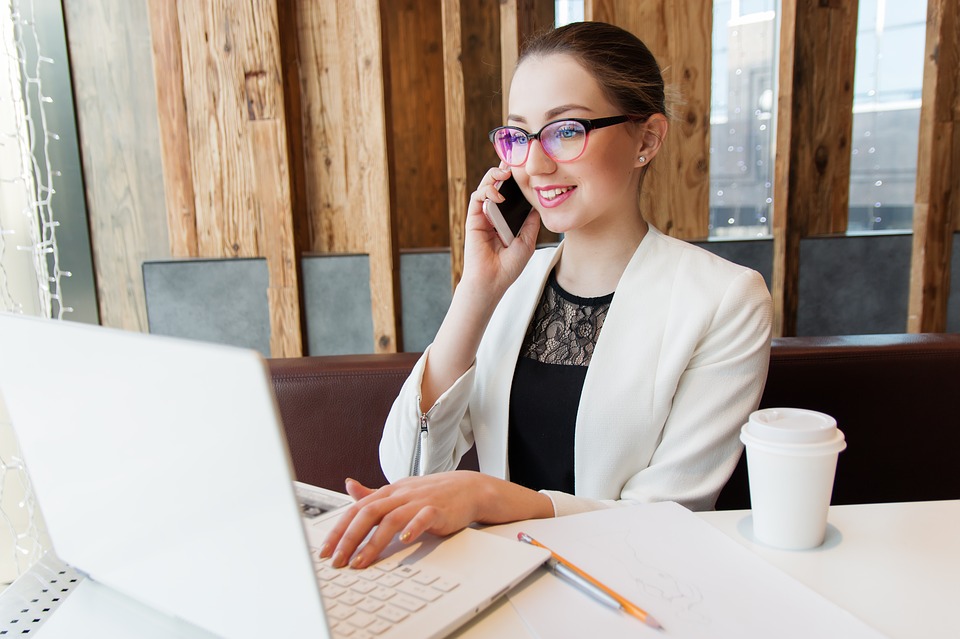 Making mistakes is inevitable. From the little hiccups—like hitting “reply” instead of “forward”—to years-long regrets like spending too much time in a just-okay job, those missteps can seem like the end of the world.

They rarely are, though; just ask these seven women. Now, they’re leading successful teams and able to look back and see that the journey wasn’t perfect every step of the way. Not only did they move on, they’ve realized that those “mistakes” taught them lessons that they’ve carried throughout their careers.

“I PLAYED IT SAFE”

At the start of her career, Reshma Saujani had all the outside markers of traditional success. “I spent my entire life trying to credentialize myself, to be valedictorian, to get the ‘perfect’ big law job,” she says. The problem? On the inside, she felt miserable.

“The desire to be perfect held me back,” she says. “Playing it safe meant that my passion—organizing and fighting for women and girls—was my side hustle for way too long.”

When she realized how unhappy she was, she quit her job and decided to run for office. She lost the race, but it was the first time she had felt real joy in her professional life. “I took a risk; I failed miserably, but I felt more alive than I’d ever been because I was no longer filled with regret.” Ultimately, that experience spurred her to take even more risks, like founding the international nonprofit Girls Who Code, which has to date taught technical skills to more than 185,000 girls.

Her advice? “I would encourage other women to be brave, not perfect,” she says (and writes in her book by the same name). She explains that this could take the form of starting a company, going back to school, picking up a long-dormant hobby, or even sending an email with a typo on it—on purpose. “Once we realize our mistakes won’t kill us, and that perfection is getting us nowhere, there’s nothing that can stop us.”

“I TRIED TO BE SOMEONE I WASN’T”

Julia Collins, cofounder of Zume Pizza, the automated pizza making and delivery empire recently valued at $2.25 billion, and now CEO of Planet Forward, which aims to be the first regenerative food brand, clearly knows a thing or two about leading a company.

But early on in her career, she felt a tremendous amount of pressure to conform to the leadership style of those around her—specifically, her older, male bosses. “I remember trying to change my outward appearance and even my tone of voice to come off as more masculine and, I thought, more authoritative,” she says. Looking back, that was a mistake. “Not only did I feel totally awkward in this mask, I was actually less effective as a leader and had a more difficult time relating to peers.”

Since then, she’s learned to do exactly the opposite: to show up at work as herself, first and foremost. Collins wholeheartedly encourages other women to do the same. “I believe that the world is calling for a new kind of leadership,” she says. “It’s time to abandon a lot of the old tropes about what bosses look like and sound like.”

Julie Zhuo has had a meteoric rise at Facebook—she started as a product designer, now serves as VP of Product Design, and has detailed her experience in a book, The Making of a Manager.

Early on, though, she struggled with impostor syndrome. Coming to the job with a computer science degree, she compared herself to her peers, many of whom had more traditional design school backgrounds. “I felt like I had to show up every day pretending I was a real designer,” she says. She would work furiously to make her work perfect and wouldn’t ask other designers for help for fear that they’d think they made a mistake in hiring her.

Looking back, she admits that this was a much slower way to learn. “If I had been more proactive in getting feedback from the designers I admired, I would have gotten those perspectives much earlier and had more one-on-one attention,” she says. “As I became more senior and started mentoring junior designers, the ones who impressed me the most were the ones who go out of their way to show that their work isn’t perfect and who don’t let their egos get in the way of their work.”

Now, she asks for help whenever she can. “Where I learned this lesson in the deepest way was when I gave birth to my first child,” she remembers. “Everything felt new, and that lack of confidence bled over into the workplace.” She ended up getting a coach and reaching out to other moms at the company—and both moves made her more effective as a mother and an employee. “I realized then how powerful it was to not pretend that everything was fine but instead seek help and support when I needed it.”

“I DIDN’T THINK OUTSIDE OF MY JOB”

Ambika Singh started her career at Microsoft in marketing, and like many young professionals, did everything she could to succeed at work. But the founder and CEO of clothing rental company Armoire says she sees that the most important lessons she should have been learning were found outside of her job.

“At Microsoft, there was a lot of training and focus on how to operate there,” she says. “What was actually more important was meeting and building relationships with people who would follow me throughout my entire career.”

She ended up finding those people outside of work. In fact, one of the most important supporters of Armoire has been a former Microsoft colleague she spent time with doing charity work and hiking. “If you can figure out a way to make friends—not networking contacts—through charity work or hobbies or something where you really get to know people outside of your organization, that’s so much more powerful,” she says.

Singh has the same advice about building tangible skills. At Microsoft, she specialized in marketing and SEO, but she quickly realized that she needed to spend time learning other skills that were important for her business. She forced herself to build a solid base of financial knowledge, for example, and now wishes she had learned how to code. “It’s the way we build things in the modern world,” she explains. “Even if you’re not building everything, understanding the process is taking control over your own destiny.”

“I PUMPED IN A MEETING”

But earlier in her career, she learned that the norms of America aren’t the norms everywhere. “I was in Japan for a meeting, and I desperately had to pump,” she recalls. Like she did in the U.S., she started pulling out her pumping accessories and bib. Suddenly, the men started rapidly speaking together in Japanese, got up, and rushed out of the room. “I think the meeting was over at that moment.”

But she doesn’t call it a mistake, necessarily—just a funny moment. To her, it was a reminder that your responsibilities as a mother don’t abide by meetings or deadlines. “It’s about taking it all in stride, being respectful, and just staying true to yourself,” she advises.

Now, listening to her instincts is advice she takes with her no matter what business decisions are in front of her. “Early on, there were many people who suggested I don’t work with influencers or told me to partner with one retailer over another. I would have taken more risks in the beginning had I known.”

“I DIDN’T GET THE CONTRACT SIGNED”

Brittney Escovedo, founder of experiential event production company Beyond8, has planned events around the world for companies like Gucci, Atlantic Records, Essence, and W Hotels.

But one still sticks in her mind: her first runway show in Paris, an event she’d been dreaming of putting together. As the show date approached, she realized that the client hadn’t signed the contract—or wired the funds she needed to pay her vendors. “Day after day, we were promised that the wire was coming through, but it never did,” she says.

After stalling as long as she could, she finally told the client she wouldn’t proceed unless the funds were wired the next morning. “I was terrified my dream wouldn’t come to fruition, that all of our efforts would be in vain, that we would lose money—we would have forfeited our entire fee—[and] that I’d burn bridges with new vendors,” she remembers. “But I took a chance and trusted my gut, knowing that I wasn’t willing to bend further.”

The experience taught her some crucial lessons, beyond the value of having signed contracts and a solid lawyer to back them up. “The silver lining was that I learned my strength under pressure and how important boundaries are,” she says. “As a woman, it may not be comfortable to speak up, draw a line in the sand, or ask for what we deserve, but it’s necessary.”

“I DIDN’T GET THE BIG JOB—TWICE”

Ann Shoket is well-known as the former editor-in-chief of Seventeen. But she was actually up for a top magazine job twice before she landed it.

“The first time,” she recalls, “I prepared for weeks with spreadsheets and research strewn all over my tiny apartment . . . and I showed up to present the idea to my boss, Hearst magazines president Cathie Black, with notecards that were literally shaking in my hands.” The project didn’t get approved, and looking back, she knows she wasn’t ready. The second time, she was ready, but an editor with a decade more experience got the job.

She doesn’t see either of these experiences as failures—not even close. “I think that every time you go for something big and don’t succeed that you are getting stronger, smarter, tougher for the next fight,” she says. In fact, she tells other women that they should put themselves in situations where they’re not going to win. “If you succeed every time, you’re not pushing yourself hard enough, and you’re not growing.”

Now, in her new life as author of The Big Life and founder of The Badass Babes Community, she looks at hurdles this way. “Every time something doesn’t work out, I know that it’s preparing me for the right opportunity to come.”