What Is Malanga, And Is It Healthy? A Registered Dietician Explains The Benefits Of The Root Vegetable

Courtesy of Women’s Health and By GABBY SHACKNAI

If you’ve grown tired of potatoes, broccoli, and the usual suspects and are looking for a new veggie to add to your cooking repertoire, look no further than malanga. While it’s been used in Latinx and Black communities for ages, the vegetable is still a well-kept secret.

Also known as taro root, old coco yam, eddoe, dasheen, tania, or yautia, the root vegetable is grown mostly in Central and South America, Africa, and Southeast Asia and is commonly used in those regions. But if you’ve ever been at a specialty market and spotted something resembling a potato—only much hairier—you may already be familiar with malanga. Its taste is also a bit creamier and less airy than a potato’s.

“People plant malanga, or Xanthosoma sagittifolium, for its tubers, which is the part that people eat,” explains Diana Rodriguez, a registered dietician in New York. “These tubers grow underground and have a similar texture to potatoes.”

Unlike potatoes, however, malanga is far more nutrient-dense. It’s low in fat, high in fiber, and low on the glycemic index. You can also find malanga in a bunch of different shades, from yellowish-white hues to a light purple color.

It’s also a pretty versatile veggie. There are a number of ways you can enjoy it—from mixing it into a delicious winter stew to mashing it with your favorite protein. Read on to learn everything you need to know about malanga, its nutritional benefits, how to prepare it, and who should avoid it.

See also  WebMD: These Foods Can Help You Feel Better

What are the benefits of eating malanga?

There are a ton, but here are just a few…

We know that a high-fiber diet is great for our health and can help lower cholesterol, reduce the risk of cardiovascular disease, and much more. “The Dietary Guidelines for Americans 2020–2025 suggest that adults consume around 25 to 33 grams of fiber each day, depending on their age and sex, of course,” Rodriguez notes. And if you’re looking for a way to add more fiber to your eating, malanga is an excellent source. One cup of it packs around 7 grams of fiber.

2. It’s low on the glycemic index

“Due to the high fiber content of malanga, it is lower on the glycemic index,” Rodriguez says. “That means it does not spike your blood sugar as much, and it’s very filling.” With a lower place on the glycemic index than traditional potatoes and similar vegetables, malanga is a more suitable alternative for those with diabetes or high blood sugar.

Malanga contains several B vitamins, including folate and riboflavin (B-2). These help boost energy levels and immune function and can improve skin, hair, and nail health, as well as protect the heart and eyes.

Although carbs often get a bad rep, they’re actually pretty important. Our bodies need carbohydrates so that they can be converted into glucose that creates and sustain energy. Malanga is a good source of complex carbohydrates that can provide a consistent stream of energy rather than an immediate crash after eating. Every cup of it features 44 grams of carbs.

People with allergies or sensitivity to gluten can totally eat malanga. The root veggie is gluten-free and can be a wonderful alternative to wheat flour. Plus, it also doesn’t appear to cause other allergic reactions outside of gluten.

6. It’s a good source of antioxidants

Yep, eating malanga can help boost your immunity. “Malanga contains vitamins C and beta-carotene, which convert to vitamin A, and are both antioxidants,” Rodriguez says. “Antioxidants are essential for helping the body eliminate free radicals.”

So, how exactly does malanga stack up nutritionally?

Malanga is nutrient-dense, low in fat, and high in fiber. “According to the United States Department of Agriculture, one cup of cooked dasheen, which is another name for malanga, contains approximately 225 calories, 4.7 grams of fat, 44 grams of carbohydrates, 7 grams of fiber, 2.5 grams of protein, and 229 mg of sodium,” says Rodriguez. Of course, nutritional information may differ depending on your preparation and any other added ingredients.

Are there any risks to eating malanga?

“There are no known risks for consuming malanga as long as it’s cooked,” Rodriguez notes. But, there’s one exception. “People who have hyperkalemia—in other words, too much potassium in their blood—can notice symptoms of slowed heart rate, muscle weakness, fatigue, and abnormal heart rhythm, so they may need to decrease or avoid their consumption of malanga,” Rodriguez adds. And for anyone eating the root vegetable but focused on any health or diet goals, it’s important to remember that moderation is always key.

How do you cook malanga?

Malanga is incredibly versatile, so you can prepare it in many different ways. But keep in mind that the edible part of the malanga root is the light-colored portion, Rodriguez says. It can be cooked in several ways, such as baking, frying, mashed, or in stews, and in soups as a natural thickener, Rodriguez explains.

You can get your mashed potato fix with a whipped malanga puree, complete with brown garlic butter, or try a creamy malanga lila soup topped with your favorite croutons. However you decide to incorporate the root vegetable into your cooking, don’t be afraid to get creative and enjoy.

Gabby Shacknai is a New York-based journalist and editor who produces high-quality content for a wide variety of outlets and brands across various industries. 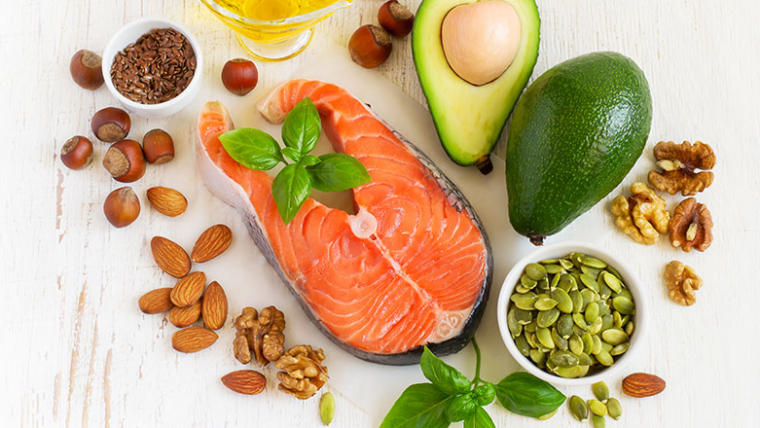